Data-driven nudging is an emerging urban behavior change strategy which enables more efficient city management but also results in social implications like increased surveillance. However, there is still lack of awareness and citizen involvement on this topic due to its complexity and digital divide. The Smart Bench Experience consists of two interactive artefacts - a Smart Bench and its compatible interface - materializing a future scenario of a data-driven smart city. This set of experiential prototypes opened up collective discussions, through which I investigated citizens’ future city visions and potential prerequisites of data-driven urban IoTs for citizens.

The project was selected to take part in Design United Exposition Up Close & Personal during Dutch Design Week 2020. You can check out the eMagazine article here.

Influential yet subtle existence of data-driven nudging and unaware citizens 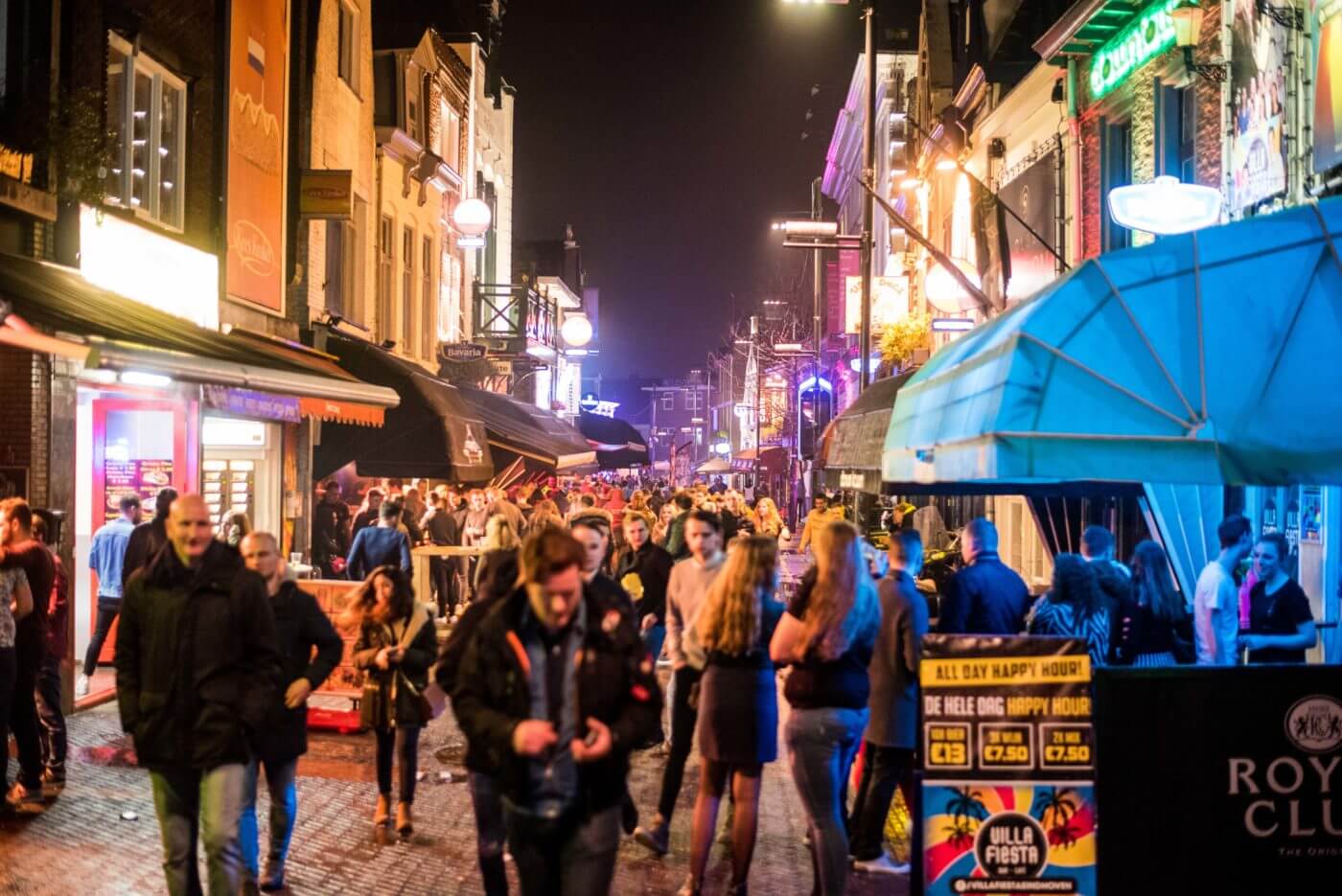 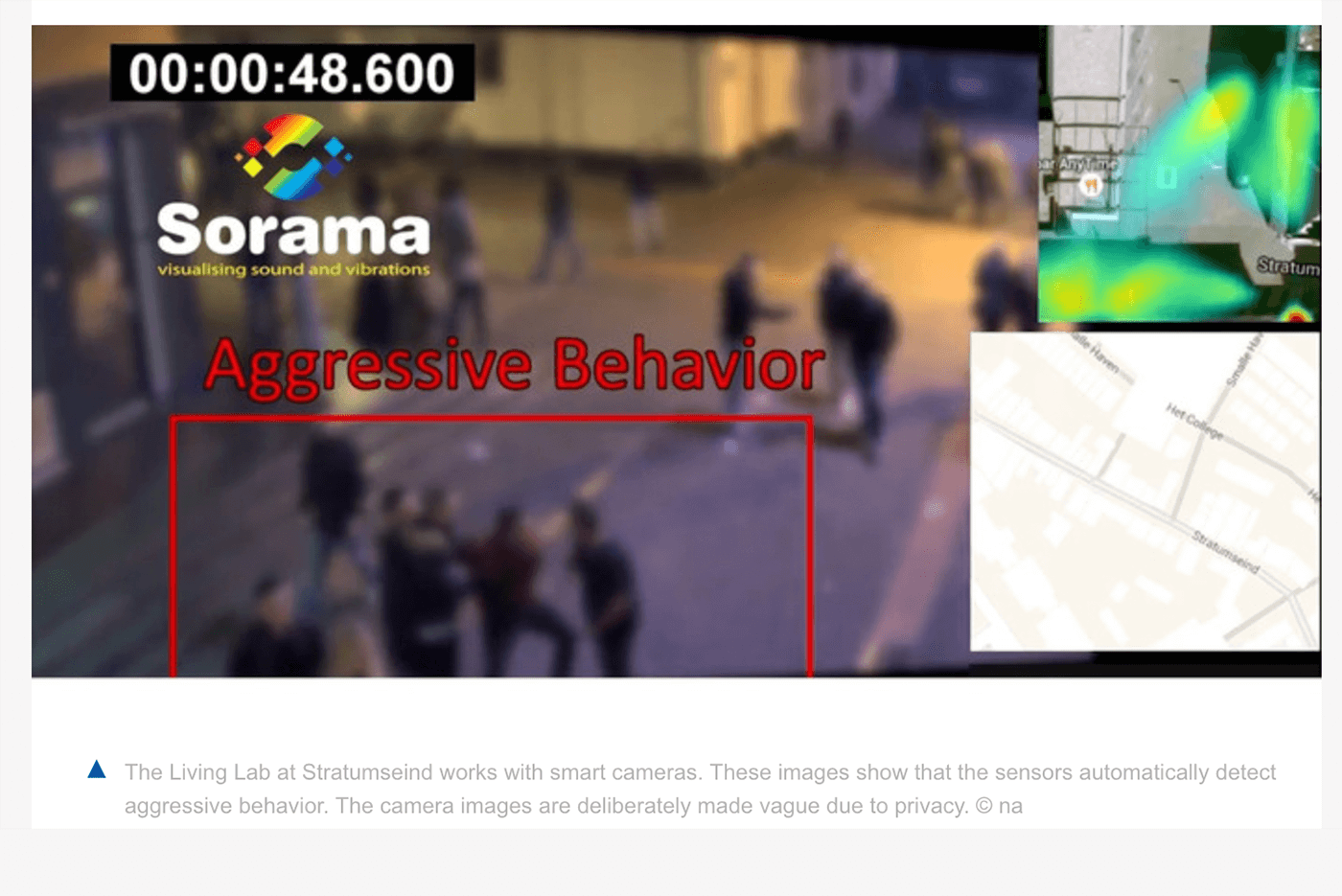 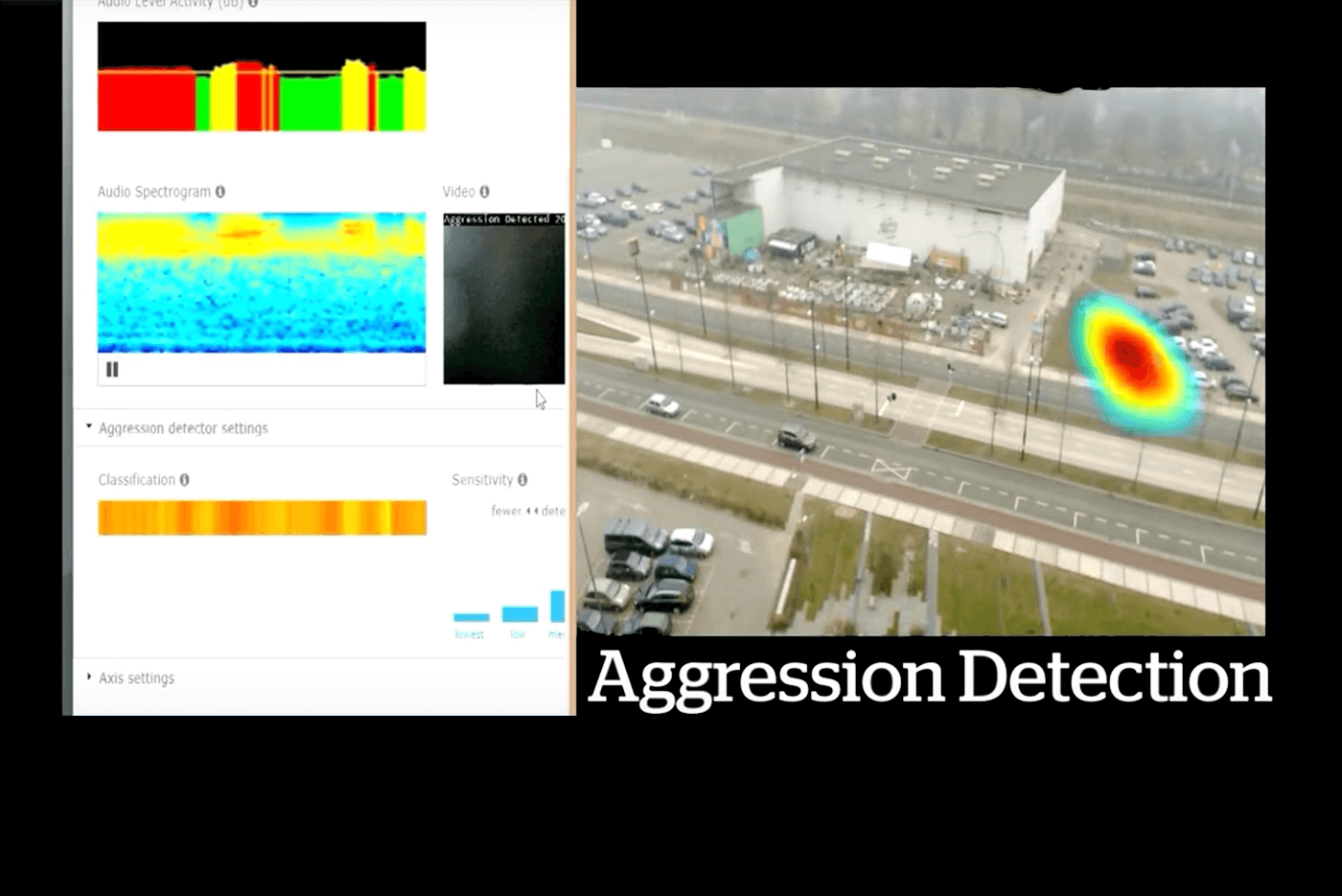 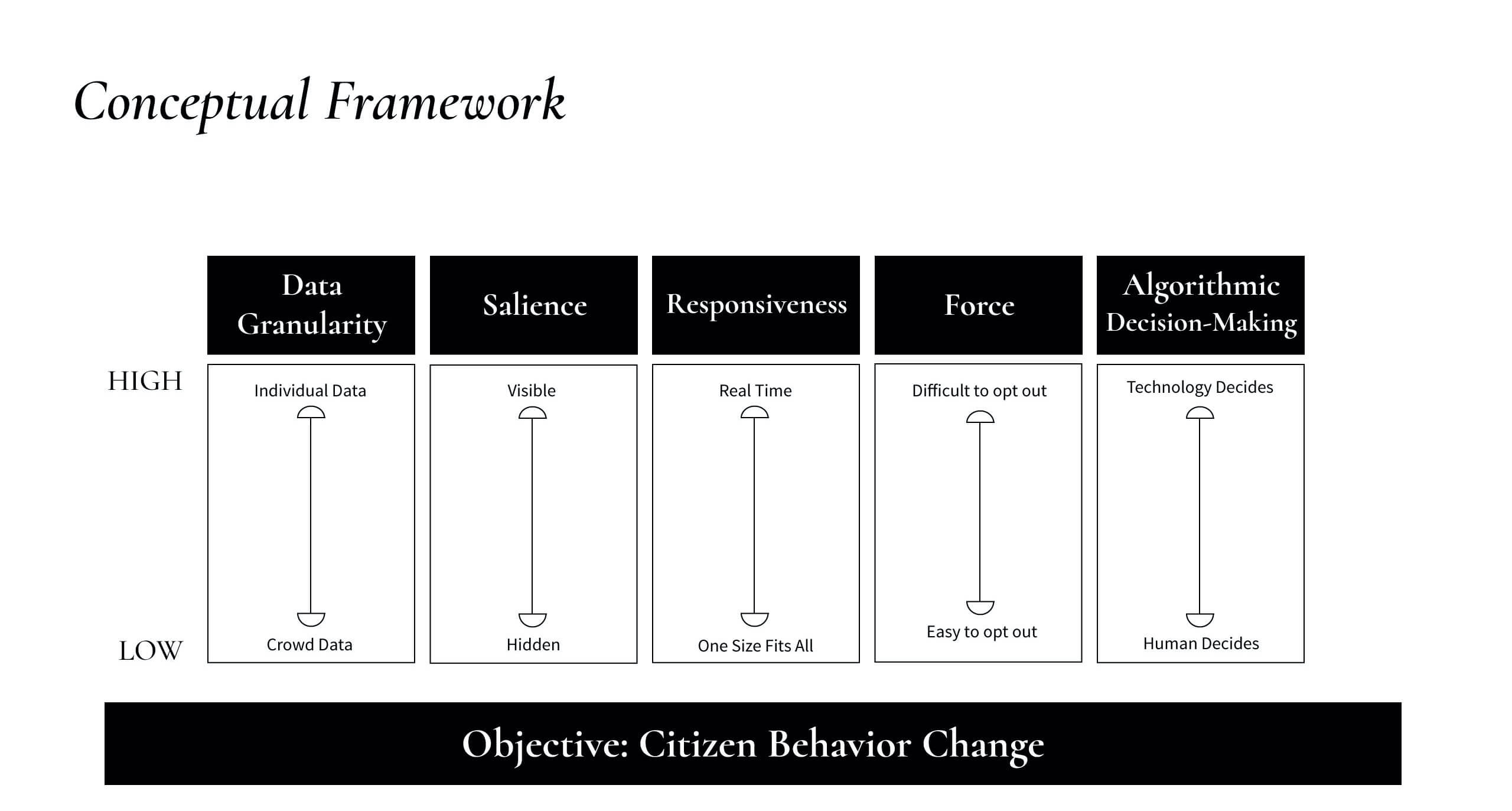 Through literature research, 5 key attributes of data-driven nudging were identified and utilized as a conceptual framework for the design.

How to facilitate laymen citizens’ understanding of data-driven nudging and its implications and thereby create critical awareness?

Goal 1: To create tangible experience of an alternative future conveying the key attributes of data-driven nudging and its mechanisms

Goal 3: To investigate how citizens vision the future city they want to live in and what are their needs/concerns for the implementation of data-driven nudging

The Future Cone: A Diagram of potential futures (PPPP)

I chose Speculative and Critical Design (SCD) as a main approach because immersing citizens into an experiential future scenario seemed relevant to achieve the design goals. The entire process took a double-diamond structure, utilizing Research through Design (RtD) methodology. 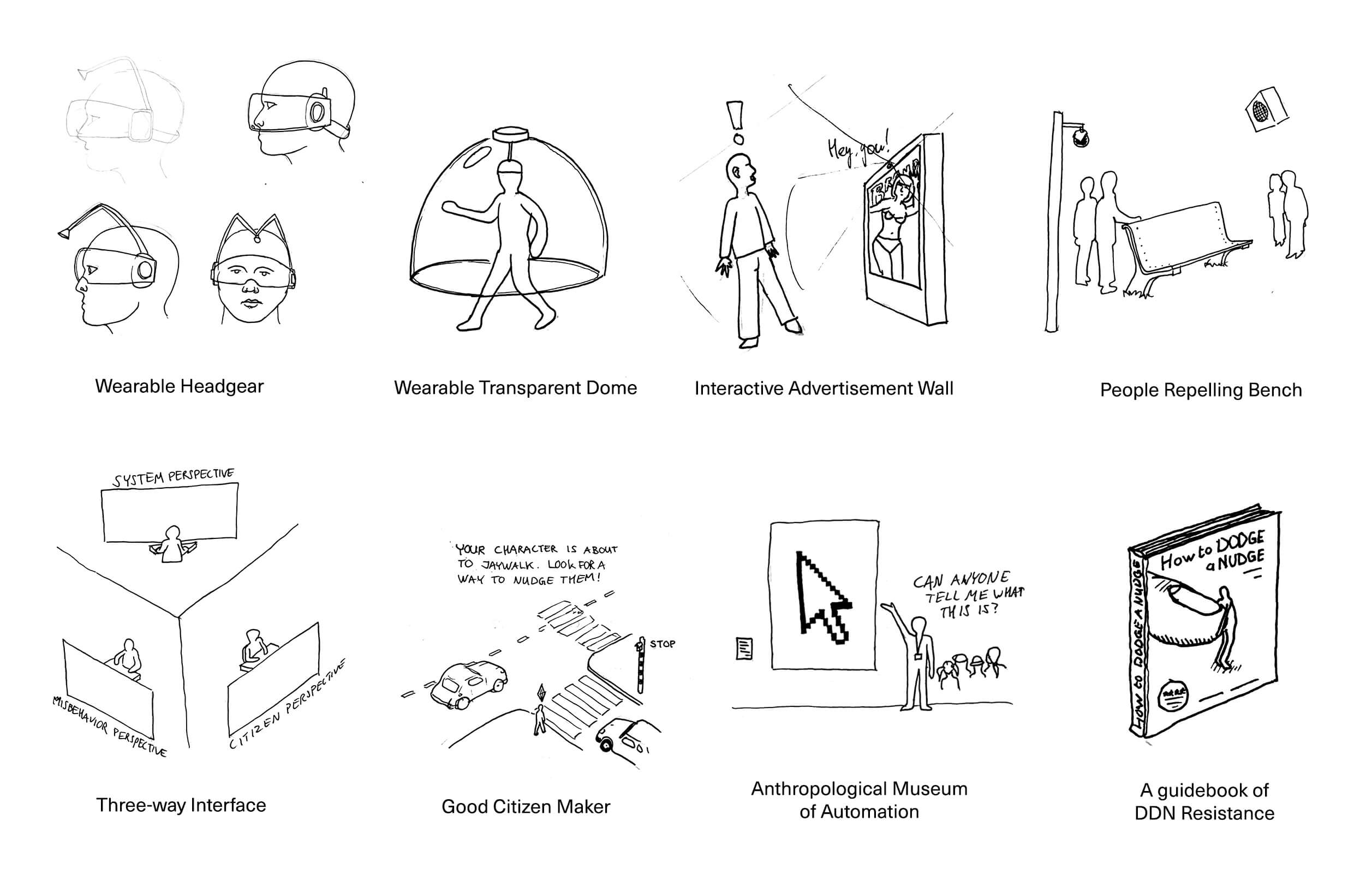 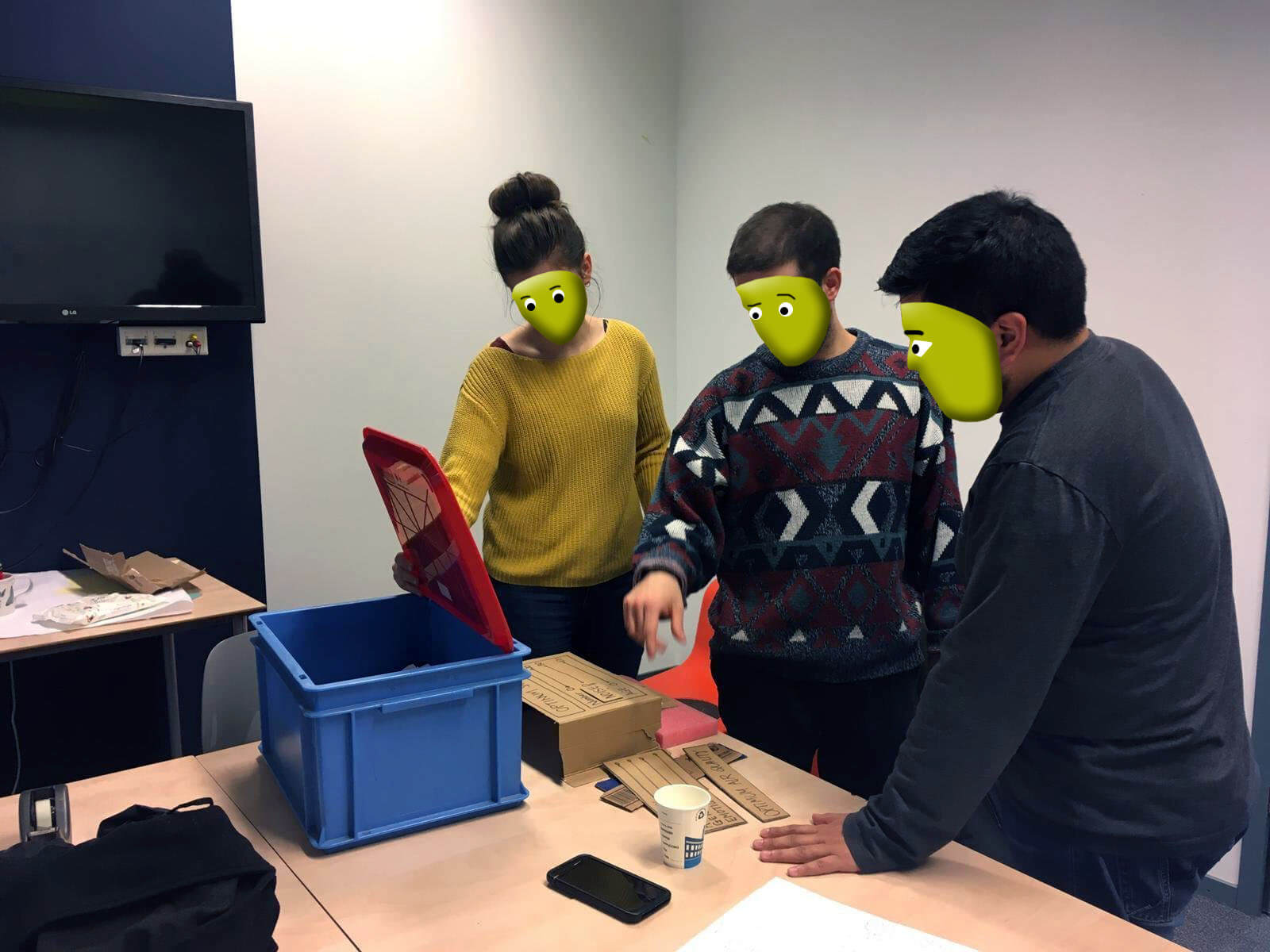 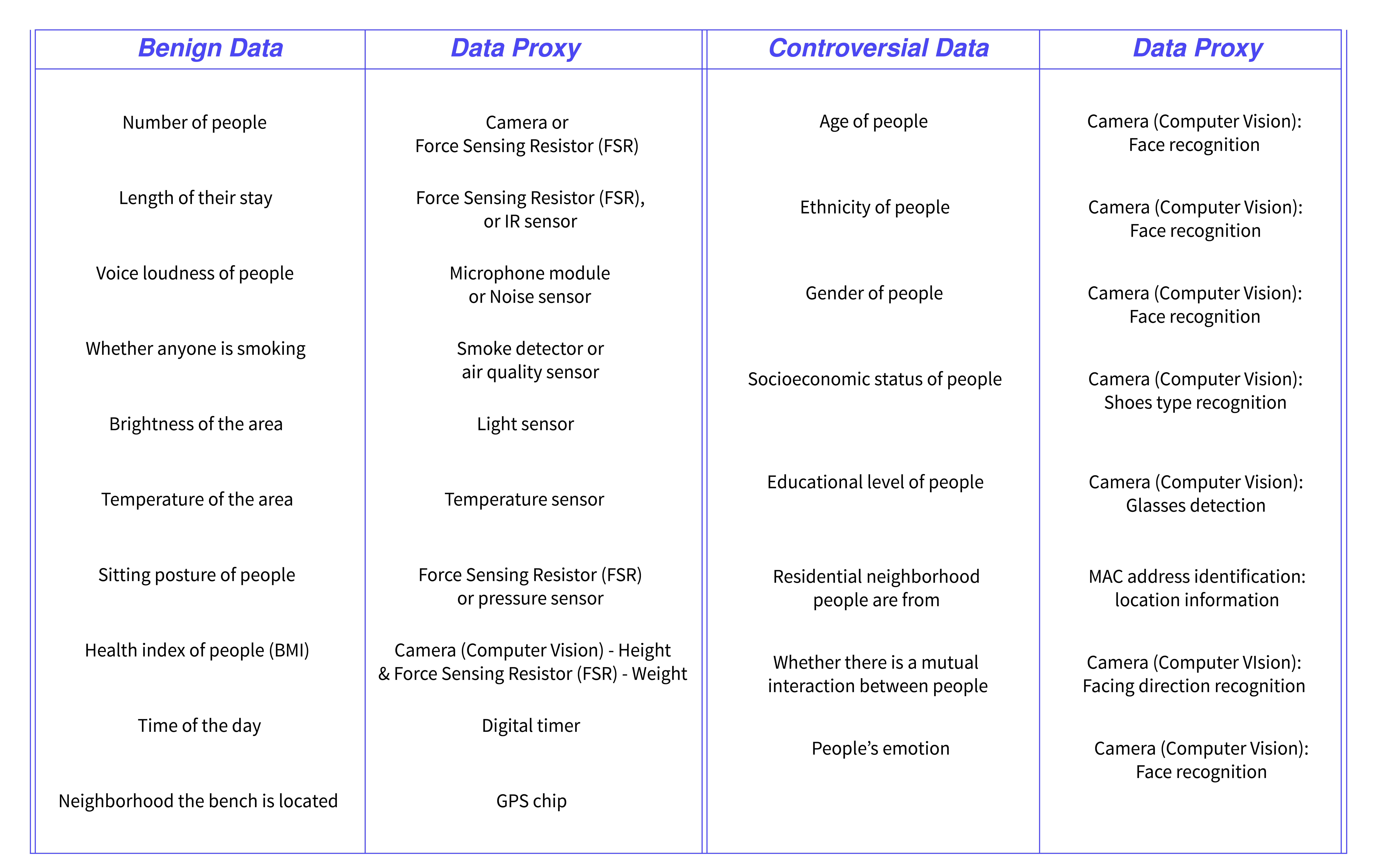 Through brainstorming sessions, a narrative context of a public bench was selected considering its simplicity, technical feasibility, and near future likelihood. The iterative user testing refined the bench concept to provide a double-sided interactive experience with several plausible yet provoking data points detecting citizens’ personal characteristics. 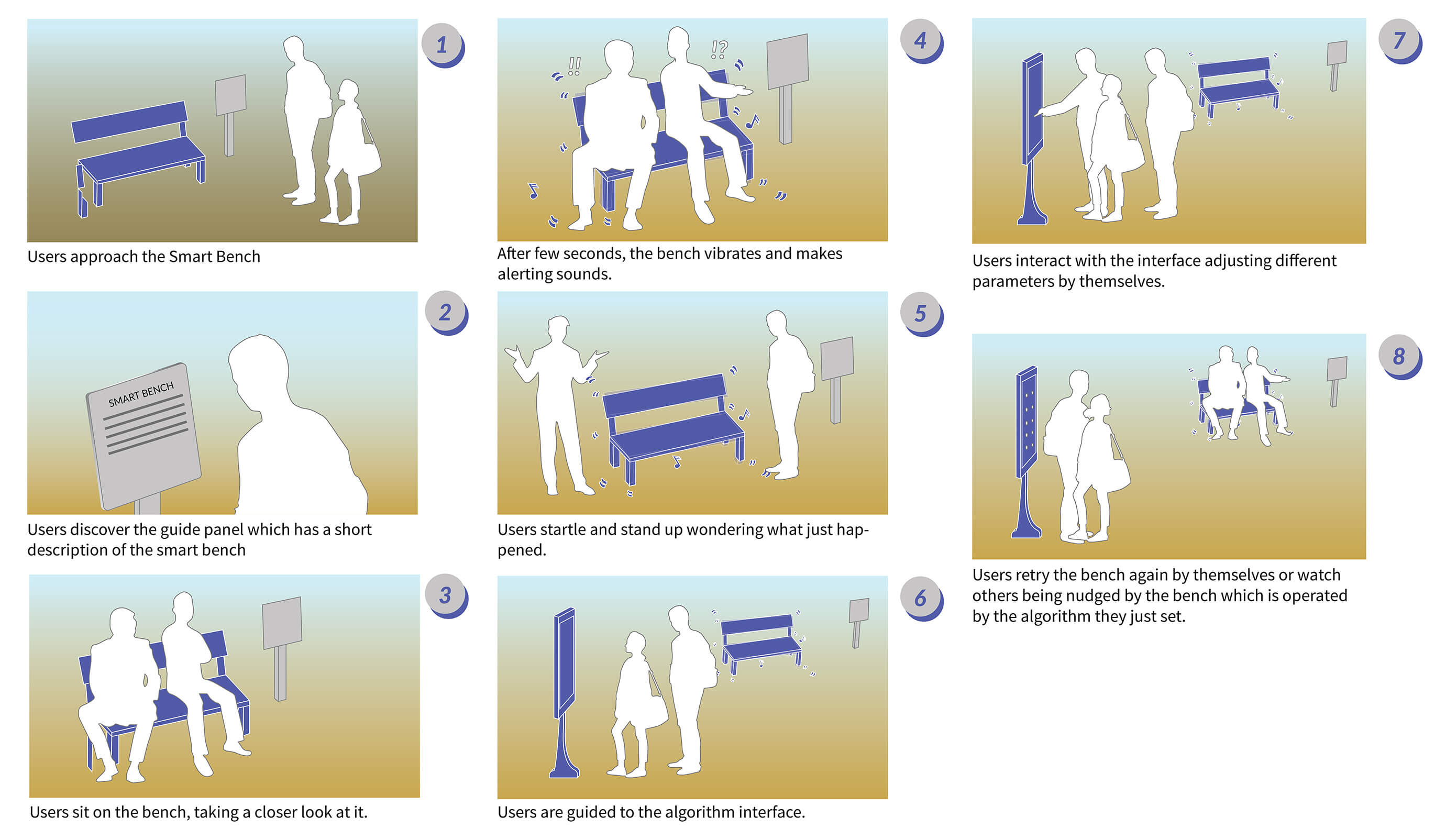 Based on a storyboard, the Smart Bench’s interactive nudging system was established and its compatible digital interface was developed. 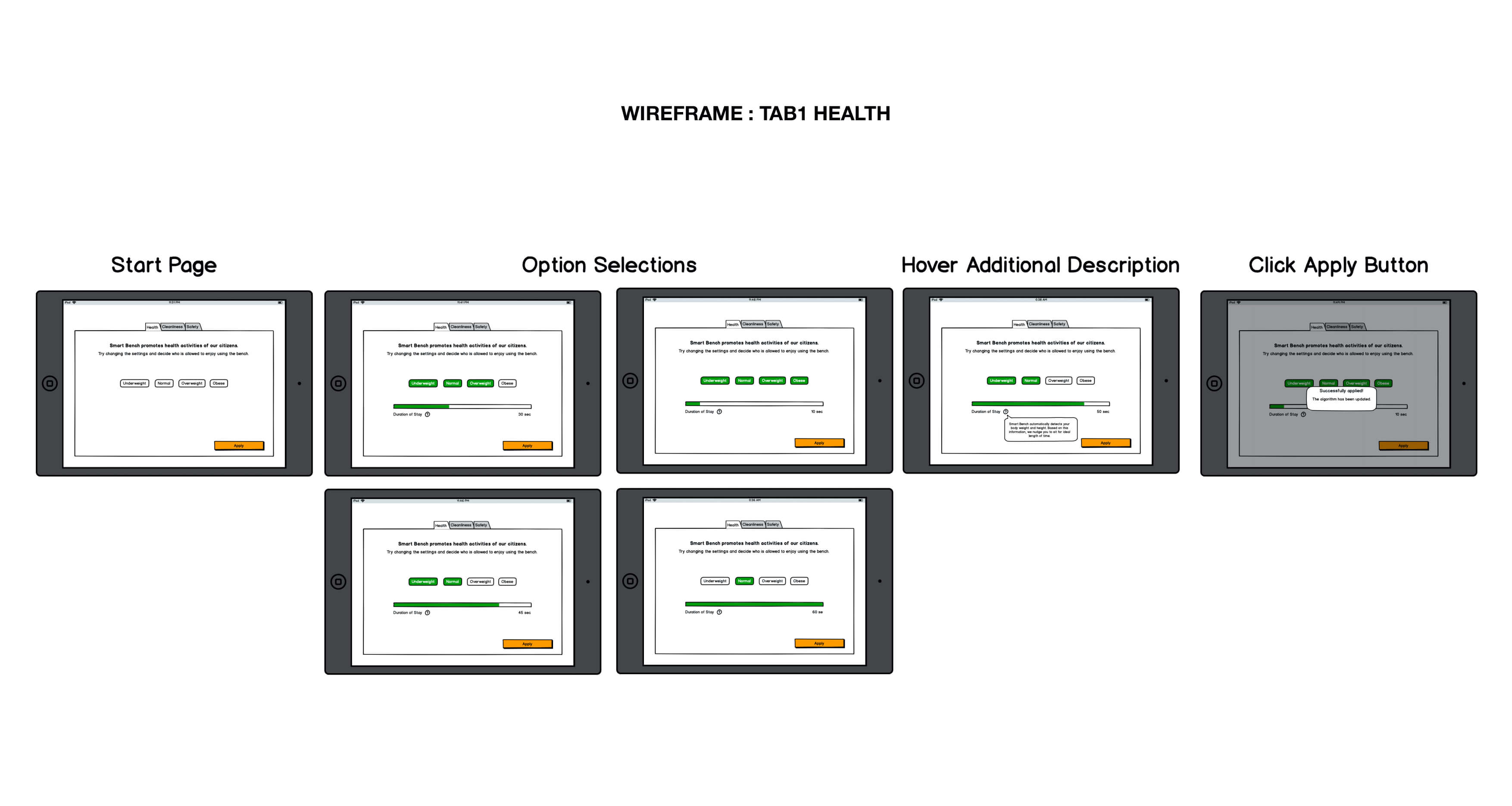 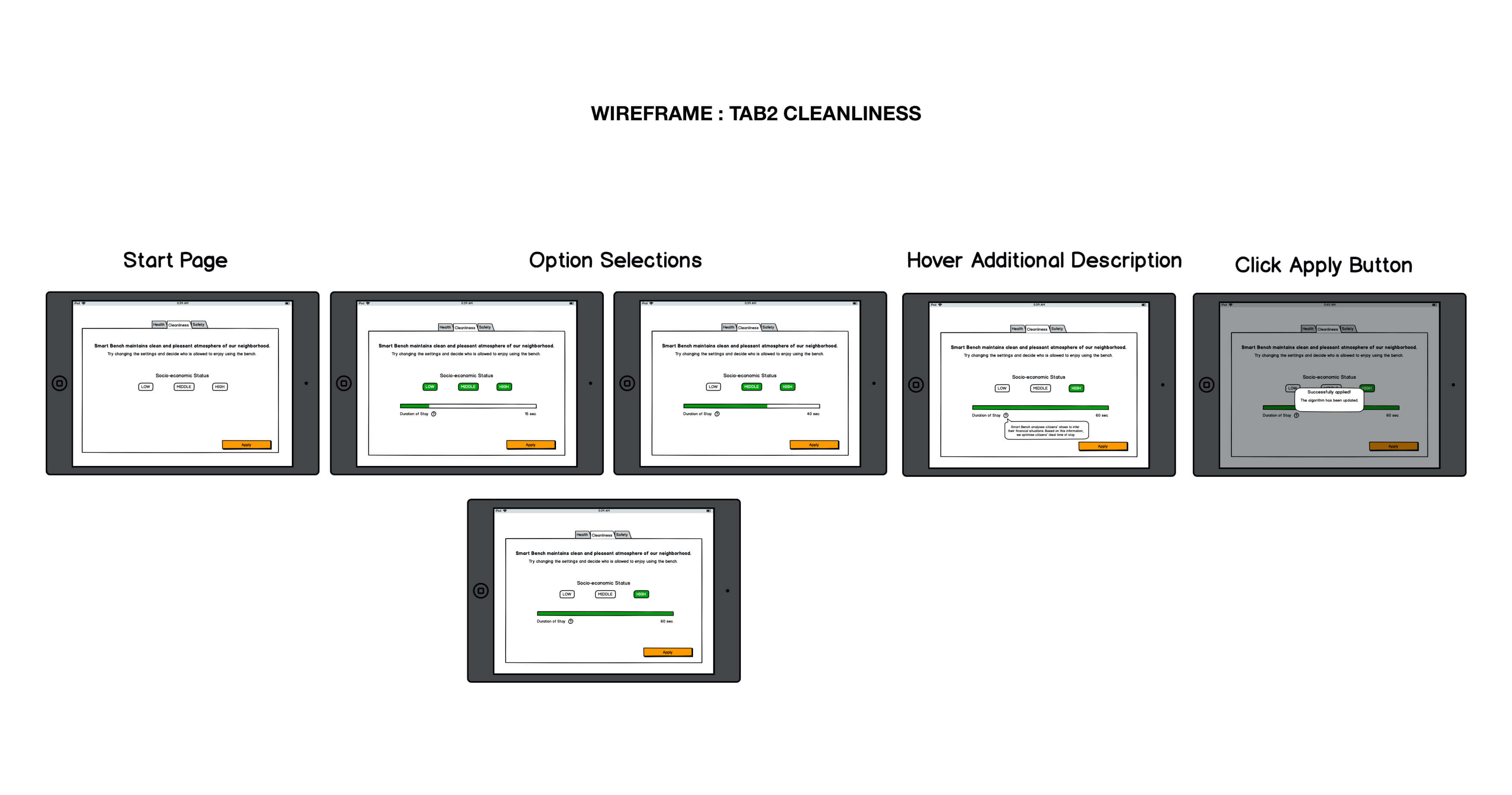 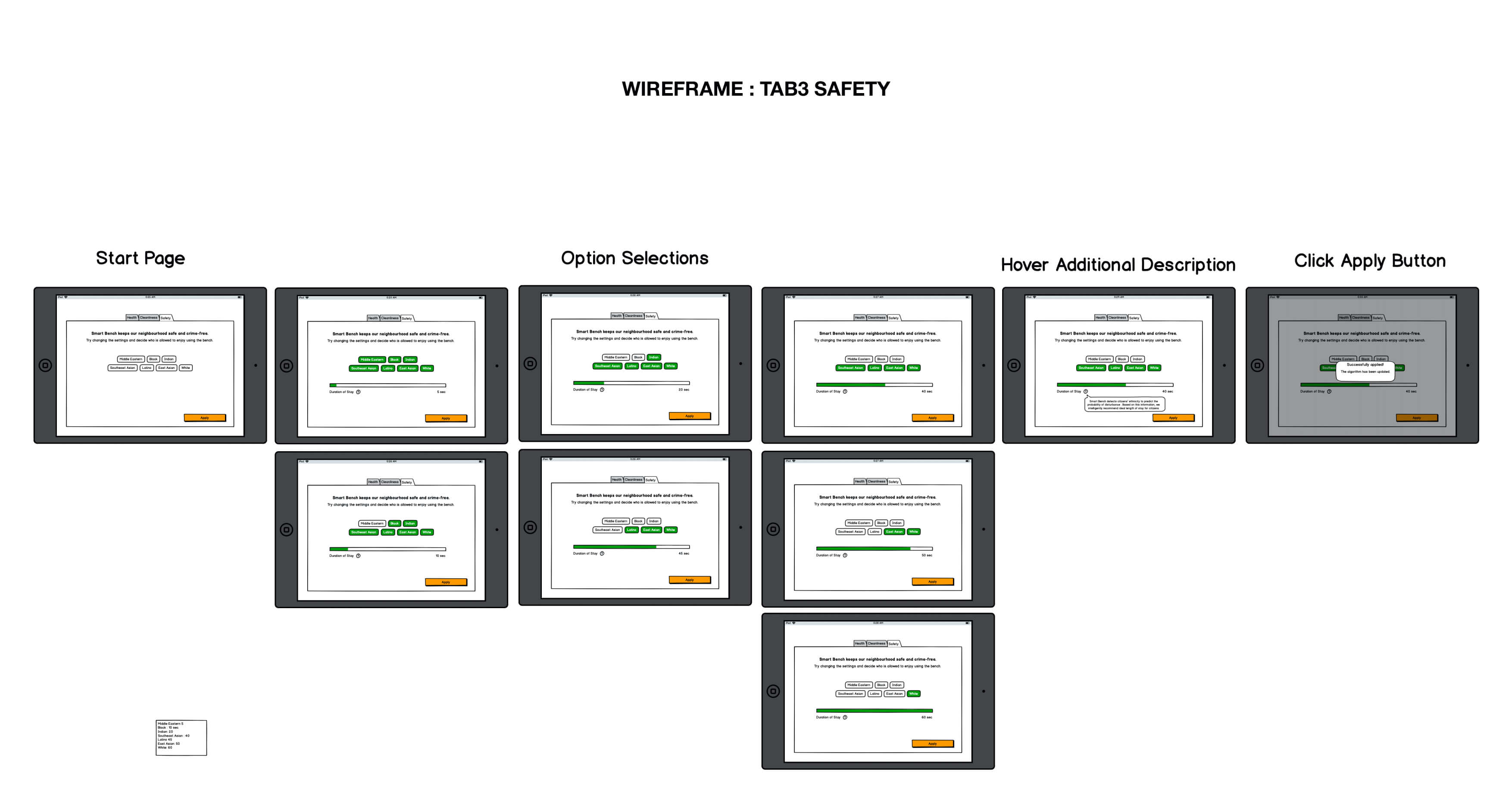 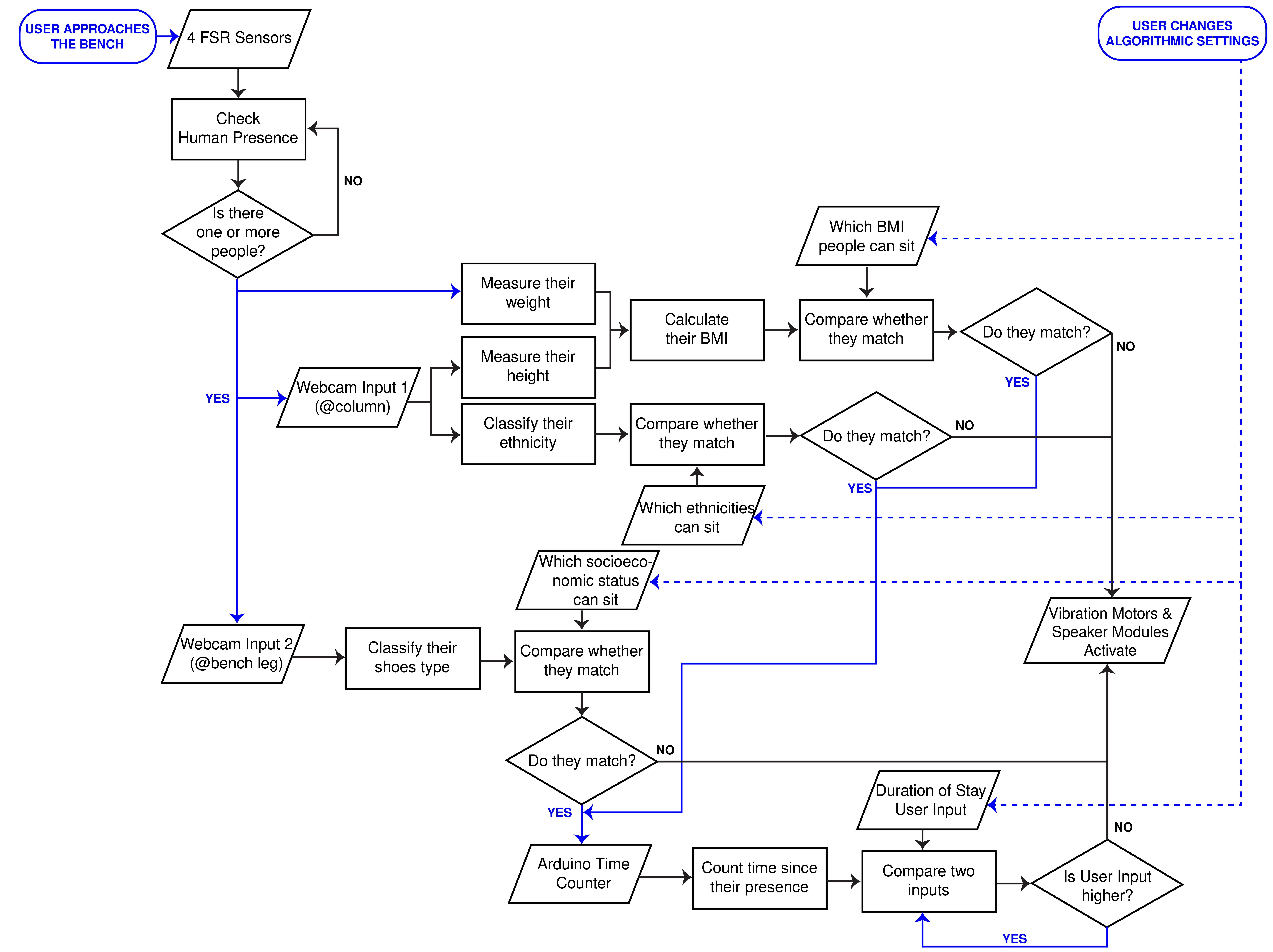 The Smart Bench Experience consists of a semi-Wizard-of-Ozed Smart Bench and an interface presented on an iPad.

Sensors attached to the bench detect users’ personal characteristics such as BMI, socioeconomic status, and ethnicity. The bench’s fictional algorithmic system uses these data to determine whether they are likely to be good citizens or not. Based on this, it can either let the users stay or nudge them away by deploying alerts. Startled users, wondering what just happened, would be guided to the iPad interface. Here, they can become “the nudger”, influencing other citizens. They can learn about the bench’s nudging mechanisms, adjust and update the algorithmic variables themselves to protect urban values like public health, neighbourhood pleasantness, and safety.

The Smart Bench Experience from Design United on Vimeo.

Qualitative analysis confirmed a fruitful capacity of design futuring in materializing an abstract concept that has yet to arrive, evoking critical awareness, and involving laymen citizens into the urban design process.

Here are the key findings.